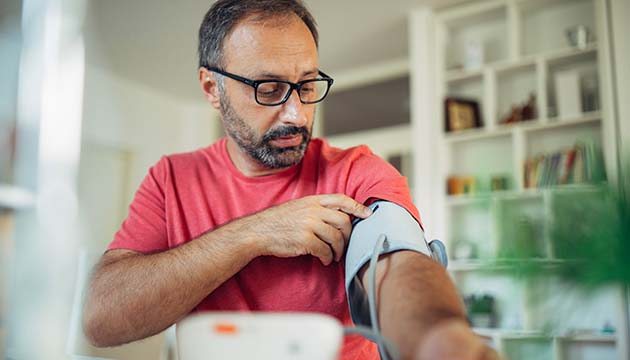 By Dr. Elaine Skalabrin, neurohospitalist and medical director of the stroke program at PeaceHealth Sacred Heart Medical Center at RiverBend

Strokes happen when blood can’t flow to the brain — either because a clot is in the way or a blood vessel in the brain leaks or bursts. Each year, about 795,000 people in the U.S. have a stroke. They are a leading cause of disability in adults and the fifth leading cause of death in this country.

Awareness is growing about the signs of stroke.

We use the reminder BEFAST to be on the lookout for sudden changes in Balance, Eyesight, Face, Arms and Speech. The final “T for time” prompts us to call 9-1-1 quickly. Faster response and advancements in stroke treatment have improved the lives of many patients. These early treatments are great, but prevention is even better.

Despite the prevalence of stroke, there are still misconceptions about it. Let’s bust some of those common myths about stroke.

Fact: Hypertension — the tendency to have high blood pressure readings — is the biggest risk factor for both ischemic and hemorrhagic strokes.

Ischemic stroke, which accounts for nearly nine out of 10 strokes, is when blood flow to the brain is blocked. These strokes must be treated quickly with clot-busting medication or thrombectomy — a procedure to remove the clot.

Hemorrhagic strokes occur when a blood vessel in the brain leaks or bursts. They’re treated with medication to reduce bleeding and sometimes surgery.

Hypertension silently inflicts damage to the small blood vessels of the brain, retina, kidney and heart. Many people don’t even know they have it. Yet even a mild elevation in blood pressure over a long period of time can have major consequences.

The good news is that hypertension can be managed. If everyone effectively controlled their blood pressure, it would cut the incidence of stroke in half.

People with hypertension have it for life. So I advise patients to become mini-experts on it.

Work with your primary care provider on a plan involving exercise, a healthy diet and quitting smoking to keep your blood pressure below the recommended 120 over 80.

Fact: There is no such thing as a mini-stroke. All strokes are a major life event. A Transient Ischemic Attack — also known as TIA and sometimes called a mini-stroke — is a stroke that almost happens but reverses itself. It doesn’t cause permanent damage, but it should never be ignored. It’s a major warning that there may be more ahead.

Someone who’s had at least one TIA is almost 10 times more likely to have a stroke than someone of the same age and sex who hasn’t had any TIAs.

Myth #3: I live out in the country, so if I have a stroke nobody can really do anything for me.

Fact: Not so. Rural stroke patients should go to their closest hospital. Hospitals in outlying areas can connect with larger stroke centers. They can also use telemedicine or life flight to help patients get the stroke care they need at medical centers with advanced stroke services. PeaceHealth hospitals in some of our larger communities (Springfield, Oregon; and Bellingham and Vancouver in Washington) offer comprehensive stroke care and are a resource for smaller community hospitals.

For more facts and resources about stroke, visit these websites: The American Stroke Association and the Centers for Disease Control.