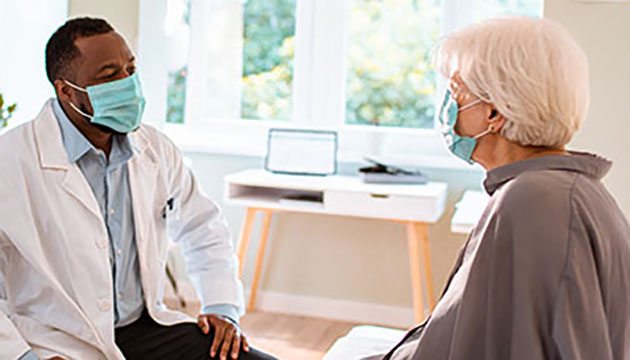 Preventive care makes a significant difference. Learn more about a few of the most common screenings.

Proven preventive screenings are vital to maintaining good health, especially as you get older. Make sure the three below are checked off your list in accordance with the screening guidelines provided for each. If you’re due for a preventive screening, click here to locate and contact your provider to schedule an appointment.

Only a half century ago, cervical cancer killed more women in the United States than any other type of cancer. Thanks in part to widespread Pap testing, which finds cervical changes before they become cancerous, major declines have been achieved in cervical cancer incidence and death rates.

Women ages 21–29 should have a Pap test every three years. Women ages 30 and older should consult with their physician about the frequency and types of cervical cancer screening – Pap and/or HPV – that is right for them.

We encourage you to prioritize your health by scheduling a checkup with your primary provider. During your appointment, you can talk about the screenings recommended for you.

Mammography became available as a screening test in the 1960s. However, it was unknown at the time if early detection of breast cancer would reduce the mortality rate.

Mammography has helped reduce breast cancer mortality in the U.S. by nearly 40% since 1990.

Women ages 50-74 should have a mammogram screening biennially (every other year).

In March 2011, a health system in Southern California set a Guinness World Record with 7,652 colorectal cancer screenings completed in one day at multiple sites.

Early results from a nationwide polyp study initiated in the U.S. in the 1980s showed that colonoscopy, and removal of polyps found during the procedure, not only reduces the incidence of colorectal cancer but also the number of deaths from the disease by more than half.

Men and women should have a baseline colonoscopy at age 50, then repeat the exam every 10 years. However, patients may need to be screened more frequently based on personal risk factors and should consult their physician.