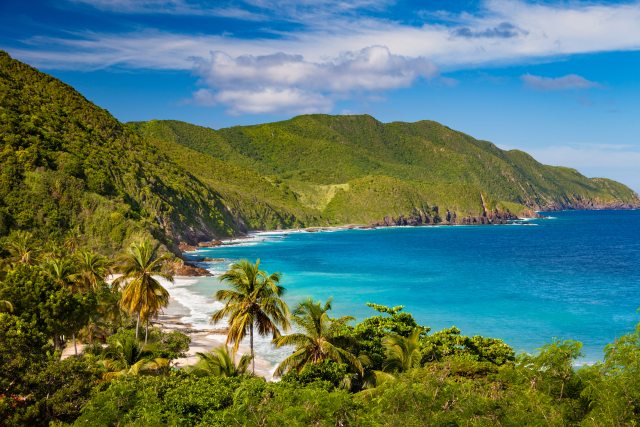 Nurse steps in to help with in-flight medical emergency

All were in the rearview mirror for Howard Thompson, RN and his wife, Linda, as they flew back to the mainland from their underwater-photography vacation in the Virgin Isles in May.

Midflight, they heard the captain’s urgent call over the loudspeaker for a medical doctor. Seeing that no physician was found, Thompson volunteered his experience as an intensive care unit nurse at PeaceHealth Peace Harbor Medical Center in Florence, Oregon.  An emergency medical technician from Montreal, Canada also stepped forward to help with the medical situation in the first-class cabin.

The passenger, a woman in her mid-50s, was in the bathroom, bleeding heavily, with abdominal cramping. She was cold and clammy with a weak pulse, and was barely conscious. Thompson said he learned later that she has a history of diverticulitis.

Together with the passenger’s husband, Thompson and the EMT managed to get her to the galley floor and elevated her legs. This did increase her blood pressure, but she would need IV fluids to make up for the blood loss.

“I asked for the onboard medical bag and was told they couldn’t let me use the intravenous supplies without a doctor’s orders,” Thompson said. After some back and forth discussion, the pilot radioed a physician on the ground for the necessary approvals.

In the kit, Thompson found a half liter bag of saline, but only a small-gauge IV catheter. “It was really too small for what was needed,” he said. Despite that, Thompson worked quickly to get the IV established while the flight attendants stepped around them as they continued serving the passengers.

Stabilized somewhat by the fluids, the passenger was able to return to her seat, with assistance. But her still-weak pulse prompted the pilot to hasten the landing process. An ambulance met the plane at the terminal.

Once the EMTs had evacuated the ailing passenger, the other passengers filed out, thanking Thompson for a “job well-done.”

This wasn’t the first time Thompson has used his professional skills while off-duty.  “I had been on a flight several years ago and started an IV for another passenger who was hemorrhaging,” he said.

In both situations, he found the supplies in the medical bag “woefully inadequate” so this time he asked the captain to talk with the airline’s medical director about reassessing the medical kit supplies and enhancing flight crew education.

Medical emergencies are nothing new for Thompson. He first trained as an ER nurse and volunteered with the local ambulance service before being commissioned into the Navy. After returning from service in Desert Storm, he switched to intensive and critical care. His mom and his wife, now retired, were also both nurses.

Thompson has worked at PeaceHealth Peace Harbor for nine years. “I love this hospital,” he said. “It’s all about the patient. We’re given the leeway and encouragement to go the extra mile. It’s what makes the hospital so special.”

The family of his fellow traveler to Miami is thankful that Thompson takes this “extra mile” attitude wherever he goes.