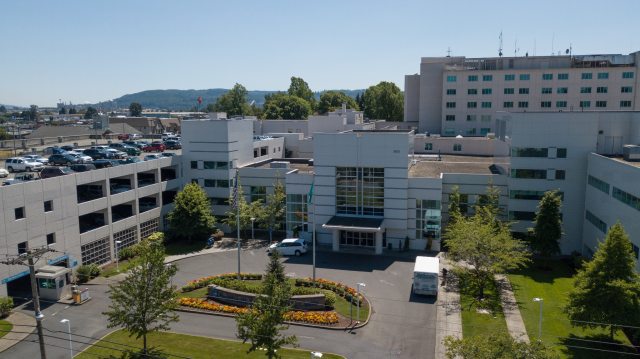 An electrocardiogram (EKG or ECG) is a test that monitors the electrical activity of the heart by recording the impulses that determine the heart's rate and rhythm. This test is used when heart disease or damage is first suspected in a patient.

There are no restrictions on food, liquid, or medications prior to this test. Do not apply lotions, oils, or powder to the chest area. Patients should wear comfortable clothing that can be easily removed from the waist up.

This quick, safe, and painless test takes about 5-10 minutes. Once the patient has removed his or her clothes from the waist up, they will be instructed to lie down. Once 10 areas of the chest, arms, and legs are cleaned, gel will be applied and small metal devices (electrodes) are then placed over the gel. The electrodes have wires which are connected to the electrocardiograph machine. Recordings of the heart are taken and graphed by a series of wave lines on a moving strip of paper or on a video monitor. The heart’s condition is evaluated by the doctor to see if a heart attack has occurred, if part of the heart is damaged, if there are irregular beats or rhythm, if the heart is enlarged, or if there is decreased blood flow or oxygen supply.

After completion of the test, the patient will need to lie perfectly still for about one minute while resting-heart activity is measured and recorded. Each electrode produces a "tracing" or “lead” of a particular area of the heart and its activity.

Depending on the results of the test, the physician may order further tests or a combination of medications/lifestyle changes

A Holter monitor is a continuous 24 hour heart monitor. It records your heart’s rhythm onto a cassette while you are doing everything you would normally do during the day. This assists the physician because the monitor records when you are more likely to experience symptoms during regular activities, exercise and sleep. The test is no different than a normal electrocardiogram other than you are mobile while the test is being performed.

Since you will not be able to bathe or shower while you are using the Holter monitor, we recommend that you do so before you come in for your appointment. Do not apply creams, oils, or powder to your chest before the test. Be sure to wear loose, comfortable clothing to your appointment.

When you receive a Holter monitor, 5 electrodes are placed on your body and attached to a device that looks somewhat like a Walkman. This takes about 15 minutes.

After You Get Home

Do not touch or adjust the electrodes on the monitor or get them wet. Do not have X-rays taken while wearing the Holter monitor. Avoid using an electric blanket, heating pad or water bed. Record your daily activities and any symptoms you experience in the diary provided. You may not take a bath or shower during the test.

At the end of the 24 hour period, you should remove the electrodes and return the unit to our office. We will write the report and you will be contacted regarding the results. It is important to return the unit the next day at the same time you received the monitor the day before so recorded information is not lost.

The event monitor is very similar to the Holter Monitor except for the event monitor is a recorder that records your heart rhythm only when you want it to. Event monitors help your doctor diagnose problems that don’t happen often enough for an EKG. Sometimes there are situations where your heart’s rhythm disturbance or some symptoms of irregular heart rhythm occur infrequently and cannot be documented during a single 24-hour recording obtained with a Holter monitor. Due to this, an event monitor may be used for approximately one month so recordings can be taken when symptoms occur.

After You Get Home

Carry the monitor with you at all times. Be sure not to get the monitor wet, place it near a magnet it, or use an electric blanket when you are using the event monitor. If your monitor uses sticky patches (electrodes), you must make sure that they are always securely attached to your skin. You should maintain your usual activity level and keep a diary of your daily activities such as gardening, resting, eating, taking your medications or walking and the symptoms you feel while doing these activities.

When you feel symptoms, you will record your heart’s activity with the monitor. To do this, you will either hold the monitor against the skin of your chest over your heart or press a button on the monitor. You may be instructed to send the recording of your EKG over the phone to a monitoring center. To do this, you simply hold the monitor to the mouthpiece of the phone and push a button. The staff at the monitoring center will ask you about your symptoms and review your EKG. They will also prepare a report for your doctor. If your EKG shows a dangerous rhythm, your doctor will be notified immediately.

You will return the monitor and your activity diary to the doctor’s office when instructed to do so.

A pacemaker is a small electronic device approximately the size of a deck of cards that regulates the heart beat by sending electrical signals to the heart. It mimics the heart and helps it beat more normally. A pacemaker is necessary when problems develop in the heart's electrical tissue causing the heart to beat too slow or too fast. When the heart is not beating fast enough to pump an adequate amount of blood to the body, symptoms such as dizziness, fainting spells, blurred vision or shortness of breath can occur. A permanent pacemaker is needed when these conditions cannot be controlled by medications. The pacemaker device consists of two parts:

A permanent pacemaker is inserted in the operating room while the patient is sedated. The pacemaker battery unit is usually placed just under the skin in the upper chest. The pacemaker wire is threaded through a vein into the heart muscle.

A small dressing will be placed over the incision site and sutures. The patient is admitted to the hospital for about 24 hours so he can be closely monitored. The patient's pulse, blood pressure, and incision site will be checked frequently.

While recovering, inspect the incision daily for signs of infection (redness, drainage, swelling, warmth, or pain). After the recovery, watch for difficulty breathing, dizziness or fainting spells, prolonged weakness or fatigue, swelling in the legs, ankles, arms, or wrists, or chest pain. Notify the doctor immediately if any of these signs occur.

The patient should learn to take his pulse, and call the doctor if his heart rate is much higher or lower than the programmed rate of his pacemaker. This should be done first thing in the morning before getting out of bed.

The patient should wear an ID bracelet/necklace and carry an identification card that lists the pacemaker's name, manufacturer's model and serial number, date implanted, and the name and telephone number of his doctor.

When it is time for the battery to be replaced, an appointment will be scheduled for you. Replacement of only the lithium battery would break the pacemaker's seal. Therefore, when replacement is necessary, a small incision is made, the leads are disconnected and the entire pulse generator is replaced with a new one. Generally, this is much quicker than the initial implant.